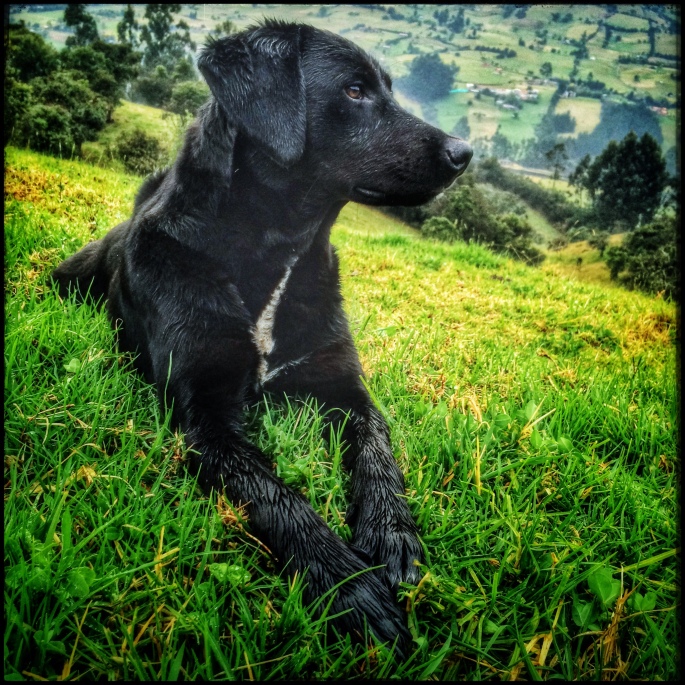 My first 3 weeks in Colombia I was in the capital city of Bogota.  I needed some peace and a break from the city life.

A close friend I’ve made gave me the opportunity to go to her farm, or “finca” as they call them here.  I stayed for a week on my own, spending my days working on my writing and exploring the countryside by horseback and on foot with my canine friend Lucho.

A special thank you to my amazing neighbors; Luis, Mary Yibe, Alejandro, Lorena, and of course Lezlie and Brenda for the opportunity.  Your generous invitation was hugely helpful in my creative process and an experience I won’t soon forget.  Click the images below to see more.

Getting the horses ready for a ride.

A majestic afternoon ride in the hills of San George, Colombia 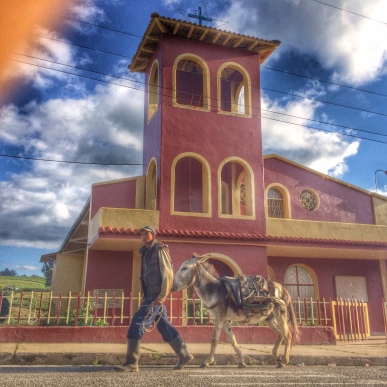 What an ass! Just taking a sunday stroll. 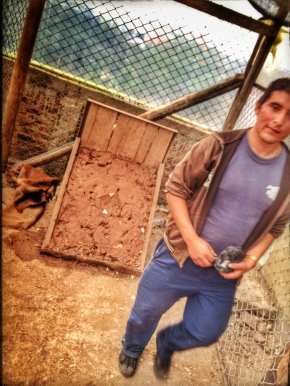 “A dog is the only thing on earth that loves you more than you love yourself.” Josh Billings 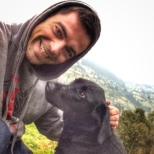 “The average dog is a nicer person than the average person.” Andy Rooney

The little bug just wanted to come cuddle with us.

One afternoon I went and sat under this tree and read “The Apology” by Plato…It was a more satisfying few hours of entertainment than any cinema has ever provided me thats for sure! 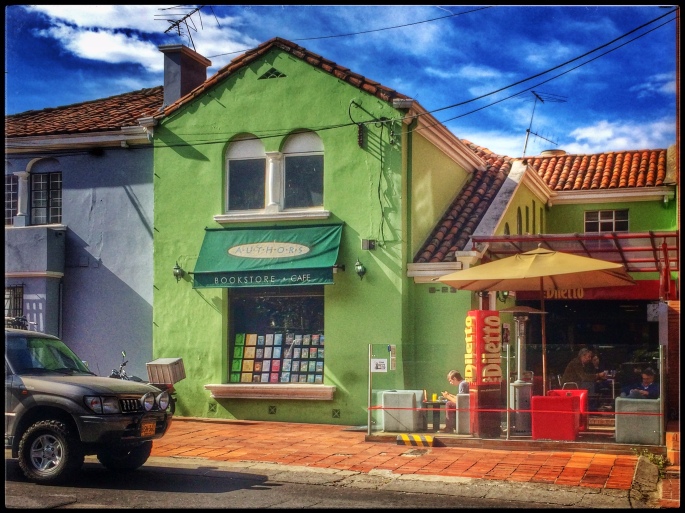 Deciding which books to bring is a difficult decision for every backpacker.  Knowing there will be times they’re your only source of entertainment means literally weighing the pro’s and cons of each book you pack.  Ebooks do make it easier, but nothing beats a real book.  That’s how I connected online with Steve Bieber,  the owner of Authors Bookstore in Bogota, Colombia.  I asked him the question; Which book would you bring on a backpacking adventure? His answer was Tom Clancy’s first novel “The Hunt for Red October.”  It was published by the Naval Institute Press, a tiny publisher in Annapolis, Maryland where Steve is from.  He loves the tight editing style, length, and of course the suspenseful story.  After a few more 140-character exchanges on Twitter I told him I would stop by when I arrived in Bogota.

My first week here I went to find Steve at Authors but unfortunately he wasn’t there.  However I did learn that the entire staff speaks english, and they recommended I go to the Gabriel García Márquezso exhibit at the “Biblioteca García Márquez.”  Not only is he an iconic Colombian author, but he’s also the only Colombian to ever win the Nobel prize.

A couple weeks later I went back and Steve gladly accepted my invitation to talk about his English language bookstore in the heart of this Spanish-speaking metropolis.  Before sitting dow he invited me to diletto, the small cafe next door, for an amazing cup of Colombian coffee.  Back in the bookstore he started by telling me how 8 years ago, when he opened the store, his business plan was to have 80 percent of his customers be foreigners and 20 percent Colombian.  Instead the opposite has happened,  80 percent of his business comes from local Colombians while foreigners make up the small remainder.  The state department has also been putting more money into bilingual programs and that means more children are learning English.  In many cases parents come to buy books even though they don’t speak English themselves but want to support their children’s education.

Another reason people are buying so many English books here in Bogota is because the country is much safer now.  People feel more protected and secure than they did in the past and because of that many Colombians that were living abroad are now returning to the country.  They usually have more disposable income and a higher level of education, now that they have returned to Bogota they want to read the classics in English, or they want to read the new Dan Brown novel in it’s original language, or they just want to buy the latest magazine from America.

Bieber says he wants Authors to be a gathering place, a community centre for foreigners who are also looking for a bookstore.  They often host events at the store but the next big thing the Authors team is looking forward to is the Colombian Book Fair.  It is held from April 30th to May 12th each year in Bogota and is the largest book fair in South America.  It brings publishers, distributors, booksellers, writers, and other related professionals from all over the world.  There will be thousands of unique exhibits, so if you’re a reading/writing enthusiast like myself be sure to check it out, and if you are in Bogota drop in and say hello to Steve Bieber at the Authors Bookstore.

#canadaskateboarding in Rome, Italy. @ryandecenzo holding court and discussing qualifying strategy with @mattberger_ @johnnypurcell @micky_papa
What an incredible experience! There were happy times, there were hard times. None of it was easy but all of it was worth it. #thankyouskateboarding
Tune in & stream the #2020olymoics Men’s street skateboard street. Starting soon!
#tokyo2020 with @canadaskateboard @mattberger_ , @damienmoroney
Ten year anniversary coaching skateboarders, and now #Tokyo for the #Olympics. Thank you to everyone who has believed in the journey. In the words of Robert Frost:
Rome… what a city eh!!
Back to work!
Well that was an interesting trip. Back in BC, heading to #bowyerisland to quarantine...
I kept getting these messages from the dentist telling me it was time for a cleaning.... #dentist #colombia #lockdown
Scenes from #Colombia 🇨🇴 #quarantine...
Congrats to Canada’s first Park Skateboarding National Champion 🏆@authenticandyanderson
The northern most point of South America #puntagallinas
Nice knowing ya #california... next stop #riodejaneiro !
Thanks so much to everyone who supported us out here at the @awbg2019 #teamcanada #qatar
@rayssalealsk8 — 11 years old. Getting the Brazilian crowd fired up at the woman’s final of the 2019 SLS World Championships in #saopaulo
Skance — so hot right now
The calm before, and after the storm — in #saopaulo #brazil
Beautiful Montreal, Canada... #cestbon
All kinds of interesting things in #China 🇨🇳
First photo of the legends, @tompenny and @authenticandyanderson hanging out together. You should have seen Tom’s reaction to Andys explanation and demonstration as to what his @powellperalta board can do!
Loading Comments...