‘You shouldn’t judge a book by its cover’ Everyone has heard this saying, but it doesn’t mean as much when you are publishing your own book. People will judge its cover. A large part of my selling, or not selling, will come from the initial judgment people have the instant they first see the cover. This is why I knew I needed to find someone to create something that will jump off the bookshelves. If you want to be the first to see it when it comes out, click here. 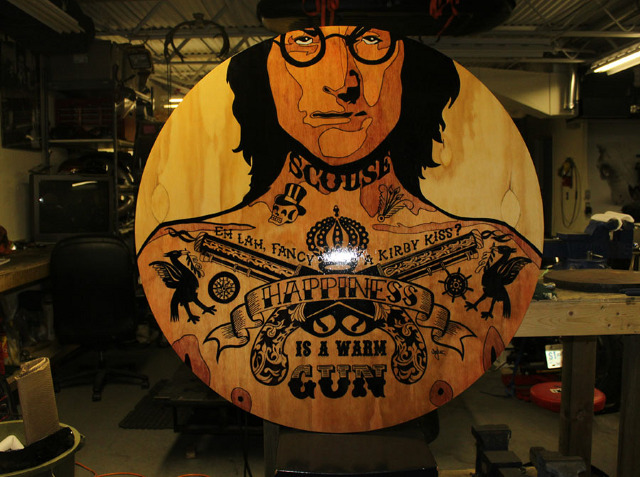 Just like I know Ryan Krusac is going to make me an awesome hand-made fountain pen, there’s no one I trust more than Rory Doyle to make an awesome cover design. A friend for over a decade, as a teenager I only knew him as a skateboarder. It was only in the last few years that his talent started being noticed on a global level, and it make sense that he had always been an artist with a passion for graffiti and drawing. He knew from the beginning of his career that if an artist combines their fine art ability with a set of digital skills, they will be much more valuable. Doyle did just that and has not only taught digital design courses, but he’s also been employed as a 3D artist making video games EA Sports.

When it comes finding inspiration

Doyle says you’re more likely to find him thumbing through an old collection of vinyl records than trolling online. As for preparing for a project (like designing my book cover), he likes to research areas related to the theme, or vision of the project. That way his finished work contains an informed understanding, which began in the creative process, and concludes in high-level concepts. For Doyle, the Vancouver art scene is unique because of the amount of talent, and the variety of styles that it is made of. He believes growing up in the Pacific Northwest has been a big influence his work, and he enjoys living where the he can ride a skateboard in the summer, and a snowboard in the winter.

Prohibition Brewing Company makes craft beer in Vancouver, B.C. They approached Doyle with the idea to create a brand image that spoke to the prohibition era. What made their idea stand out to was that the art he created would be screened right on the bottle. Limited to four colors Doyle incorporated the bottle itself into the outlining and shadows.

In a town filled with cowboys, the Commonwealth Bar & Stage in Calgary, Alberta stands out. They commissioned Rory to hand shape and paint huge slabs of oak in a series he named “Lethal Toxins” 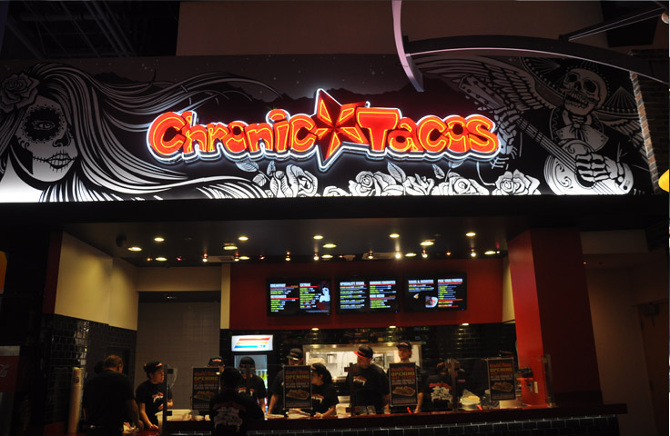 Everybody loves Chronic Taco. Their niche in the mexi-fusion restaurant market couldn’t have more fitting illustrations their Las Vegas storefront. There is a fusion in the art itself and Doyle hit the nail on the head on this one!

I can tell Sean is extremely passionate about this project.  I want to make sure I help visualize that passion through to the cover and compound it with the ability the Amazon has to draw you in. I look forward to the challenge of finding the best way to do that.

“I can tell Sean is extremely passionate about this project; that’s what I want to bring to life through the cover. The Amazon has a natural ability to draw you in and I look forward to finding the best way convey that through my design”

If you enjoyed this post, I’d be grateful if you’d click one the buttons below and share it right now.  Or click here to get an exclusive deal when my book Five Weeks in the Amazon comes out.

Well that was an interesting trip. Back in BC, heading to #bowyerisland to quarantine...
I kept getting these messages from the dentist telling me it was time for a cleaning.... #dentist #colombia #lockdown
Scenes from #Colombia 🇨🇴 #quarantine...
Congrats to Canada’s first Park Skateboarding National Champion 🏆@authenticandyanderson
The northern most point of South America #puntagallinas
Nice knowing ya #california... next stop #riodejaneiro !
Thanks so much to everyone who supported us out here at the @awbg2019 #teamcanada #qatar
@rayssalealsk8 — 11 years old. Getting the Brazilian crowd fired up at the woman’s final of the 2019 SLS World Championships in #saopaulo
Skance — so hot right now
The calm before, and after the storm — in #saopaulo #brazil
Beautiful Montreal, Canada... #cestbon
All kinds of interesting things in #China 🇨🇳
First photo of the legends, @tompenny and @authenticandyanderson hanging out together. You should have seen Tom’s reaction to Andys explanation and demonstration as to what his @powellperalta board can do!
Great weather and skateboarding in London this week....
🌅
Mini ramps are fun. Especially when you’re watching @authenticandyanderson at the #ocdskateshop in #melbourne
#melbourne
My skateboard brought me to Australia! Have you ever had such a friend as this ol wooden toy?
#tampapro is live on their website. This is how @authenticandyanderson likes to stay warmed up before his runs.
Yo extraño #Taganga ❤️
×
Loading Comments...
Comment
×
%d bloggers like this: